Renewable energy giant Drax will launch a major public consultation on 1 November to advance its plans to deliver the pioneering negative emissions technology, bioenergy with carbon capture and storage (BECCS) at its power station in North Yorkshire. 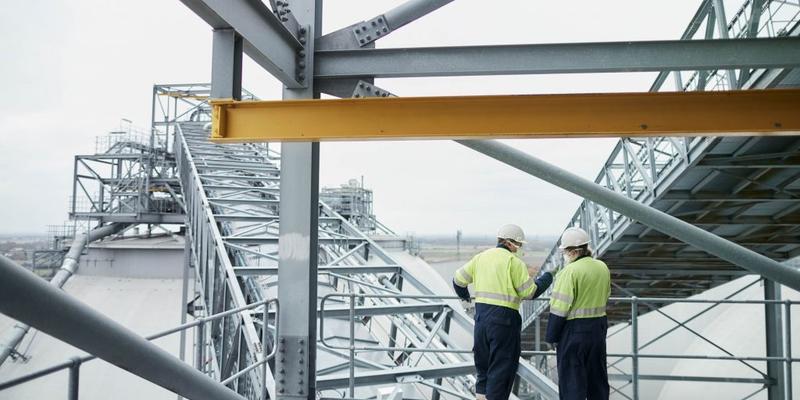 Drax is advancing its plans to deliver vital negative emissions technology by beginning a major planning consultation that will seek the views of the public on its proposals to develop Bioenergy with Carbon Capture and Storage (BECCS) at the Drax Power Station Site in North Yorkshire.

The announcement follows the publication of the Government’s Net Zero Strategy which outlined how vital engineered Greenhouse Gas Removal (GGR) technologies, such as BECCS, could be in delivering on the UK’s decarbonisation ambitions. The Strategy also stated that BECCS could achieve ambitious contributions towards the UK’s 2030 climate change target, supported by significant deployment of mature BECCS technology from the late 2020s.

In addition, the announcement follows news that the East Coast Cluster, a collaboration between Zero Carbon Humber, Net Zero Teesside, and the Northern Endurance Partnership, which plans to create the UK’s first net zero industrial cluster, has received government backing. Drax is an anchor project in the East Coast Cluster and the commencement of its planning consultation marks the first major action from a project in the Cluster.

Both the Humber and Teesside account for almost half of the UK’s industrial CO2 emissions and decarbonising these regions will have the biggest impact on the UK’s ability to reach its legally binding net zero target.

Drax’s BECCS technology will permanently remove 8 million tonnes of carbon dioxide from the atmosphere each year, accelerate economic growth for the Yorkshire and Humber region and put the region at the heart of a global green economy. The proposed scheme will also create and support over 10,000 jobs in the Humber and across the UK.

“Negative emissions technologies like BECCS will play a vital role in tackling the climate crisis and the start of this consultation marks a significant milestone in our plans to deliver this innovative technology at our power station in Yorkshire.

“The Government’s recently stated ambition for BECCS and backing for the East Coast Cluster further demonstrates the vital role Drax can play in helping the UK reach its ambitious net zero targets, as well as creating and protecting thousands of jobs in this country.”

BECCS at Drax is a “Nationally Significant Infrastructure Project” (NSIP) under the Planning Act 2008 and the company is therefore required to apply for a Development Consent Order (DCO) prior to the installing and operation of the technology.

Through the consultation process communities are invited to share their views on Drax’s proposals. The consultation will run between 1 November and 12 December 2021 and once complete, the findings will be used to finalise Drax’s planning application prior to its submission in 2022. This timeline keeps the company on-track to begin construction of BECCS in 2024, and operation as soon as 2027.