Equinor and SSE Thermal are stepping up ambitions to contribute to decarbonisation in the UK. The companies are buying power company Triton Power from Energy Capital Partners, an energy-transition infrastructure investor, and are starting preparations to use hydrogen in the Saltend Power Station. 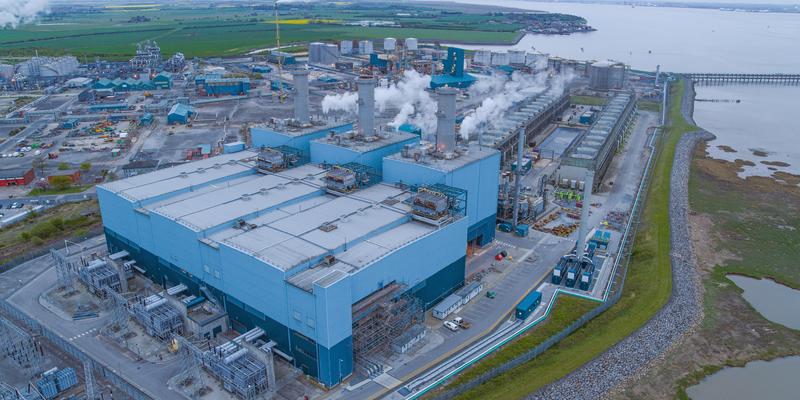 The key plant included in the purchase of Triton Power is the Saltend Power Station with an installed capacity of 1.2 GW. This is a conventional combined cycle gas turbine (CCGT) that uses natural gas. The main role of this power plant today is to provide electricity during periods of low output from solar and wind. Equinor and SSE Thermal are now starting work on preparing the power plant to use up to 30 percent hydrogen from 2027, with an ambition to eventually increase to 100 percent hydrogen operation.

The hydrogen could come from Equinor's H2H Saltend hydrogen project, which would reform natural gas into hydrogen by carbon capture and storage, capturing more than 95 per cent of its CO2 content.  Saltend Power Station would then become an anchor customer for the hydrogen project. With the purchase, Equinor and SSE Thermal could thus begin to decarbonise flexible power generation and at the same time contribute to triggering production of low carbon hydrogen for industrial purposes as well.

"This acquisition together with SSE Thermal demonstrates our commitment to building a broad energy partnership with the UK. We will continue to work to supply the UK market with reliable energy and to reduce emissions by offering a transition to hydrogen through our hydrogen project H2H Saltend. Contributing to flexible power supplies with low CO2 emissions to support weather-dependent renewable energy is essential to ensure energy security through the energy transition," says Irene Rummelhoff, Equinor's executive vice president for Marketing, Midstream and Processing.

"Flexible energy will be crucial as renewable energy scales up further over the coming years, providing important back-up and improving security of supply. But the real gain will be how we contribute to decarbonisation in the longer term, and we are particularly excited about the possibilities for hydrogen and carbon capture in Saltend. Together with Equinor, we will explore all avenues to decarbonise Saltend and create new opportunities for other businesses so that they can operate in a future with net zero emissions," says Catherine Raw, CEO of SSE Thermal.

The Humber is the UK's largest industrial region with annual emissions of over 12 million tonnes of CO2, which is over 50 per cent more than from the second largest region. Decarbonisation is essential for these industries to continue to operate as society move towards net zero emissions. In addition to providing flexible power to support variable generation from renewables, the H2H Saltend hydrogen project will also support industries to switch from coal to hydrogen. This includes factories that are part of the Saltend Chemicals Park, which already is supplied with electricity and steam from the Saltend Power Station.

“This agreement will allow the Triton Power assets to continue to provide critical grid services and flexible power generation while building on the progress already made on decarbonisation. I have been particularly impressed by the vision and commitment shown by SSE Thermal and Equinor in our discussions and believe they have the capabilities and knowledge required to allow our pipeline of clean energy projects to proceed at pace,” says Mick Farr, Chief Executive, Triton Power.

“Over the course of our ownership, ECP is proud of the progress we and the Triton team have made in re-positioning the portfolio for a rapidly decarbonising world. With the redevelopment of Deeside into a carbon neutral provider of inertia completed; the H2H Saltend project underway; and this transition to experienced and similarly aligned new owners in SSE Thermal and Equinor, we believe the business will continue to serve as a model for environmentally responsible power generation amidst the ongoing energy transition,” says Rahman D’Argenio, Partner at ECP.

The acquisition of Triton Power strengthens Equinor and SSE Thermal's portfolio of low carbon solutions in the UK. This already includes plans for hydrogen power plants, hydrogen storage and CCGTs with carbon capture and storage in Keadby and Peterhead, Scotland.

About Triton Power
Triton Power, owned and operated by ECP, is a leading independent power generating company with 82 employees. It provides power to the UK wholesale electricity market through its UK power stations, including the 1.2 GW Saltend Power Station CCGT (Combined Cycle Gas Turbine) and CHP (Combined Heat & Power) power station located on the north of the Humber Estuary in East Yorkshire.

About Equinor
Equinor is the UK’s leading energy provider, supplying natural gas, oil and electricity, and aims to reach net zero emissions globally by 2050. It is a leader in carbon capture & storage and hydrogen, developing the H2H Saltend low-carbon hydrogen production plant that is at the heart of the Zero Carbon Humber alliance. It is collaborating with SSE Thermal on low-carbon power projects using hydrogen and carbon capture in the Humber and a further carbon capture power project in Scotland. It is partnering in the Net Zero Teesside power project and, as part of the Northern Endurance Partnership, it is developing CO2 transport and storage infrastructure for the East Coast Cluster, comprising the Humber and Teesside. Equinor’s UK activities also include operating offshore oil and gas fields and offshore wind farms, and its expansion plans include Dogger Bank, the world’s largest offshore wind farm. Find out more at www.equinor.co.uk.

About SSE Thermal
SSE Thermal is responsible for SSE plc’s flexible generation and energy storage activities, with over 600 direct employees across the UK and Ireland. As part of its commitment to achieving net zero carbon emissions, the business has a core focus on decarbonising its operations through carbon capture and storage (CCS) and hydrogen technology. In addition to Keadby 3, SSE Thermal is progressing plans with Equinor for another CCS-equipped power station at Peterhead in Scotland, as well as further low-carbon power stations in the Humber. SSE Thermal is part of the FTSE-listed SSE plc, the UK’s clean energy champion and a Principal Partner to the UK Government for COP26. Find out more at www.ssethermal.com.

ECP, founded in 2005, is a leading investor across energy transition, electrification and decarbonization infrastructure assets, including power generation, renewables and storage solutions, environmental infrastructure and efficiency & reliability assets facilitating the energy transition. The ECP team, comprised of 63 people with 500 years of collective industry experience, deep expertise and extensive relationships, has consummated more than 60 transactions over the last 10 years, representing more than $45 billion of enterprise value. For more information, visit www.ecpgp.com.