Equinor has formally submitted plans for its ‘Hydrogen to Humber (H2H) Saltend’ hydrogen production facility into phase two of the Government’s Cluster Sequencing Process, supported by a series of co-operation agreements with prospective regional hydrogen users, which could be a world first and a catalyst for the Humber to achieve net zero. 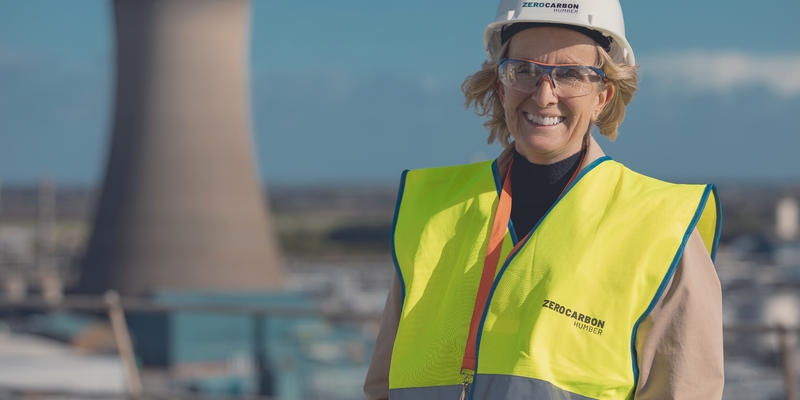 H2H Saltend is Equinor’s flagship 600 megawatts low carbon hydrogen production plant with carbon capture, located in Saltend, to the east of Hull. The Humber region is the most carbon intensive industrial cluster in the UK and H2H Saltend could enable industries at Saltend Chemicals Park and the East Yorkshire area to reduce CO2 emissions by nearly one million tonnes annually, representing a 30% reduction in the Saltend Chemicals Park’s total current emissions. The plan is backed by six prospective industrial operators who have signed varying agreements for the development and commercialisation of the project, including potential future hydrogen supply. Fuel switching from natural gas to low carbon hydrogen would support decarbonisation of the Humber region and further accelerate the development of what could be a world first-of-a-kind hydrogen value chain project.

Beyond these initial off-takers, the low carbon hydrogen could also be used much wider, helping to decarbonise multiple sectors such as heavy industry, transport, heating and pharmaceuticals across the Humber region.

The submission has also been accompanied by 23 letters of support from organisations across the region including MPs, local authorities, LEPs, business and trade bodies, educational institutions and diversity groups.

It also coincides with the signing of an agreement with px Group, owner and operator of Saltend Chemicals Park, confirming the project location.

H2H Saltend is the kick-starter project for the wider Zero Carbon Humber scheme, a UKRI-supported partnership of twelve organisations committed to making the Humber the world’s first net zero industrial cluster by 2040.

It is also the essential building block for Equinor’s ‘Hydrogen to Humber’ ambitions which seeks to establish at least 1.8 Gigawatts of production in the region by 2030, over one third of the Government’s UK-wide target. In partnership with SSE Thermal, Equinor is planning to develop the world’s first at-scale 100% hydrogen power station at Keadby in Lincolnshire and a proposed hydrogen storage facility at Aldbrough in East Yorkshire. In partnership with gas distribution network operator Cadent, Equinor recently announced plans for potential hydrogen town trials in northern Lincolnshire, in line with the Government’s ambition to decarbonise domestic heating.

In October the Department for Business, Energy and Industrial Strategy (BEIS) announced that the East Coast Cluster, of which Zero Carbon Humber is the largest regional industrial cluster, was one of two successful national bids in Phase One of its Cluster Sequencing Process. This allows individual decarbonisation projects within the cluster to enter Phase Two. Submissions closed on 21st January and a result is expected around May 2022.

Equinor has also submitted three other projects into the process. These include two new carbon capture power stations at Keadby and Peterhead, both developed together with SSE Thermal, as well as the Net Zero Teesside Power project which is developed in partnership with bp.

“We are delighted to submit our formal plans to Government for our flagship H2H Saltend project, as well as three other low carbon projects across the UK. This shows the strength of ambition from Equinor in the UK, building on its considerable experience of similar projects internationally.

“H2H Saltend is an exciting ground-breaking project which will provide low carbon hydrogen to multiple industries in the Humber by 2026, and the demand for this is clear from the industrial operators’ agreements we already have in place. Importantly, it is also a major step to a wider hydrogen economy which can reduce emissions across several sectors, act as a catalyst for greater inward investment and economic growth, and working with our partners, also ultimately result in a Zero Carbon Humber.”

“Centrica are the UKs largest energy supplier and we are committed to being a net zero business by 2045 and helping our customers be net zero by 2050. Fuel switching our operations at Easington to Hydrogen would provide a unique opportunity to make a step-change reduction in our emissions, whilst also paving the way to provide large-scale, flexible, low carbon energy storage solutions for the UK “

“As a business with a long tradition of developing lower carbon solutions, INEOS Acetyls is proud to back Zero Carbon Humber’s efforts to build the world's first net zero industrial cluster and help make the region competitive for generations to come. At INEOS, we believe that achieving net zero by 2050 is only possible by significantly increasing the use of hydrogen, making the H2H Saltend project a critical component of the cluster strategy.”

“We are establishing a world-class, independent and sustainable, rare earth processing facility at the Saltend Chemicals Park. We are also looking to process end-of-life magnets from wind turbine nacelles using an innovative hydrogen decrepitation process. We very much look forward to working with Equinor using hydrogen from the H2H Saltend project, not as a fuel, but in establishing this innovative process route as a key component in the circular economy for rare earth magnets in the UK.”

“This will significantly reduce CO2 emissions from thermal power generation, which remains a vital component of the varied energy mix needed to enable security of supply through the energy transition; providing power when renewables are not generating, and grid stability when they are.

“We believe this low-risk conversion project utilising proven technology can be the key enabler to kick-start a world leading UK hydrogen economy, and to decarbonize the hard to abate industrial consumers of our power and steam at the adjacent Chemicals Park.”

“Vital Energi is an energy generation, distribution and supply company with over 30 years’ experience.  Vital has been selected as the energy services provider by Hull Eco Park Limited (the developer of the Yorkshire Energy Park).  Yorkshire Energy Park is a new development located in the East Riding of Yorkshire, which has a vision to become one of the first zero carbon business parks in the UK, providing up to 2,090 full time jobs when fully operational.  The park’s energy centre will use hydrogen as a fuel to generate the majority of the low carbon electricity, heat and cooling needs of the park tenants.”

“Vivergo Fuels will be one of Europe’s largest bioethanol producers when we re-open our plant in early 2022, and we are looking forward to collaborating with Equinor to assess the potential use of hydrogen as a low carbon alternative fuel to natural gas at our plant.” 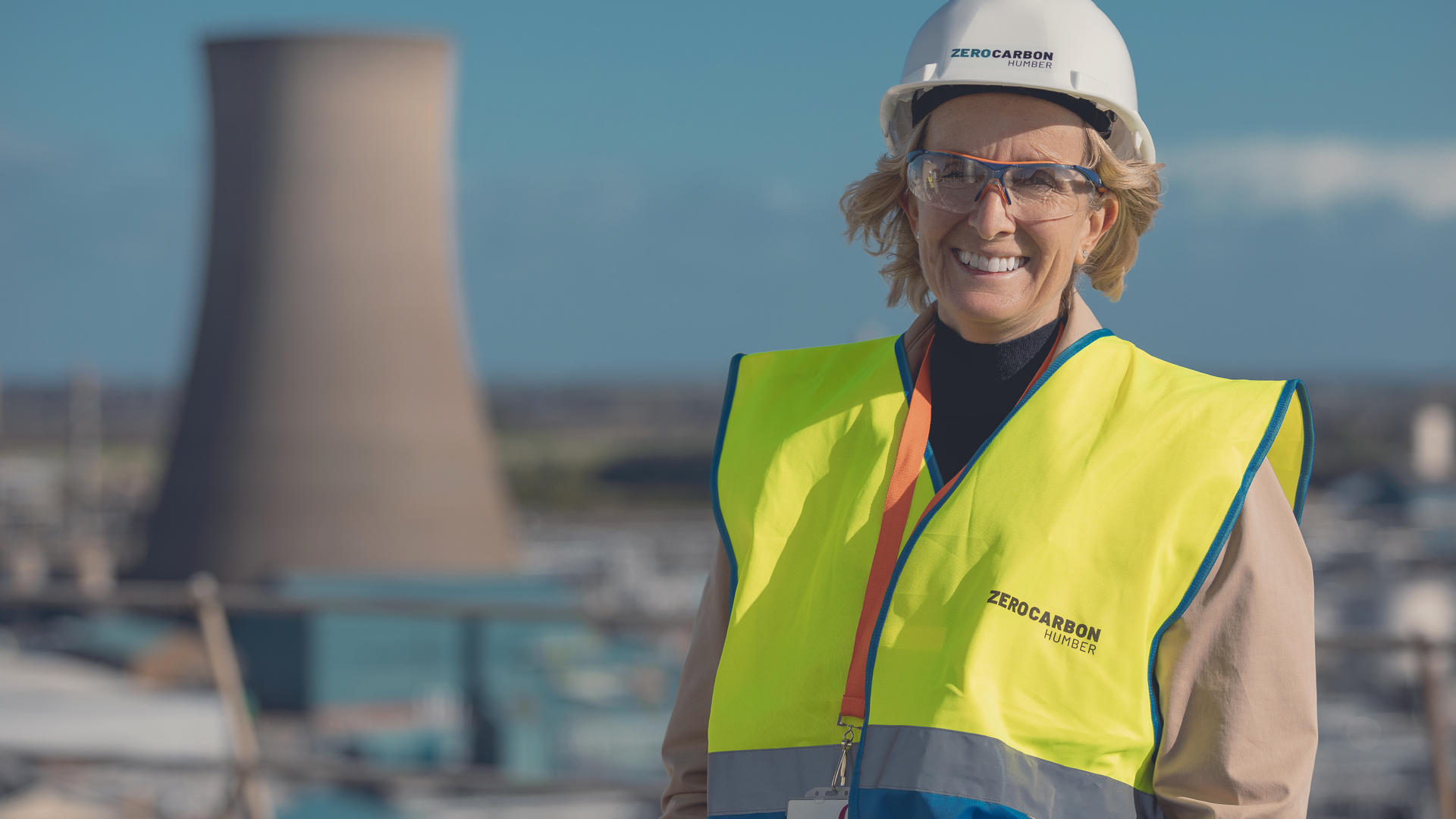