Humber Zero, a pioneering project to help decarbonise the Immingham industrial cluster, has submitted applications to the UK Government for carbon capture by the mid-2020s. 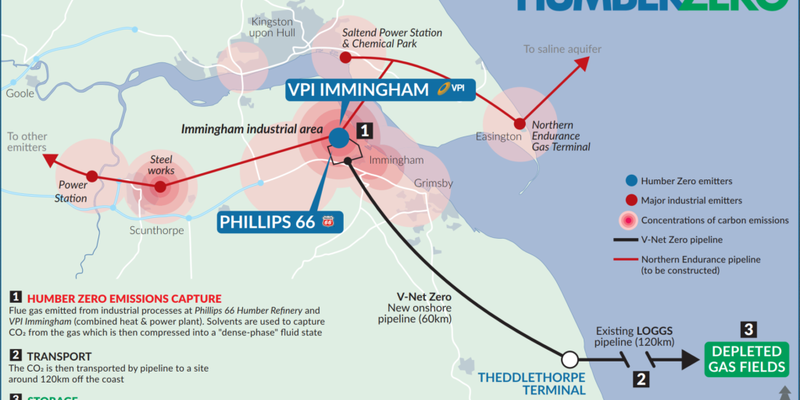 The applications propose connecting to the East Coast Cluster, covering Humber and Teesside, which was confirmed by the Department of Business, Energy and Industrial Strategy (BEIS) as a Track-1 cluster for the mid-2020s.

BEIS is taking applications for its “Cluster Sequencing for Carbon Capture, Usage and Storage Deployment – Phase 2” and the result of the application is expected later this year.

Humber Zero is a partnership between the Phillips 66 Humber Refinery and the adjacent VPI Immingham combined heat and power plant and aims to remove up to eight million tonnes of carbon dioxide annually by 2030. The initial carbon capture to come online by 2027 will be for 3.8 million tonnes per annum.

“Industrial decarbonisation at scale using carbon capture and storage will be essential if the UK is the achieve its ambition of a Net Zero economy by 2050 and Humber Zero has the potential to enable a material first step in deploying CCS in the UK’s largest industrial cluster. The project will help future proof industry which is a major economic driver for the Humber region. It will safeguard thousands of jobs and create many new ones.

“The UK’s unique geology and North Sea infrastructure offers the chance to decarbonise British industry through mitigating millions of tonnes of CO2 emissions through compression, transportation and storage in offshore underground stores. We’re excited to be working with the East Coast Cluster, and ultimately other nearby stores, on our journey to fully decarbonise the Humber.”

“This is another important milestone for the project. The Front-End Engineering Design (FEED) stage, which began last year following support from UKRI, is on track to be completed in 2023.

“Once the CO2 is captured, it needs transporting and safely storing and this application, if successful, would link us via a pipeline to the East Coast Cluster.”

The Humber Zero project incorporates post-combustion carbon capture from the 1,240MW VPI Immingham Power Station and from the Fluidised Catalytic Cracker at the adjacent Phillips 66 Humber Refinery which produces a key ingredient for EV batteries.

Technology will be retrofitted to the equipment where gases produced from combustion are emitted. It will capture up to 95 per cent of the carbon dioxide, which will then be compressed before being transported by pipelines to offshore storage in depleted oil and gas wells.

More details on the “Cluster Sequencing for Carbon Capture, Usage and Storage Deployment: Phase 2” process can be found at https://www.gov.uk/government/publications/cluster-sequencing-for-carbon-capture-usage-and-storage-ccus-deployment-phase-2 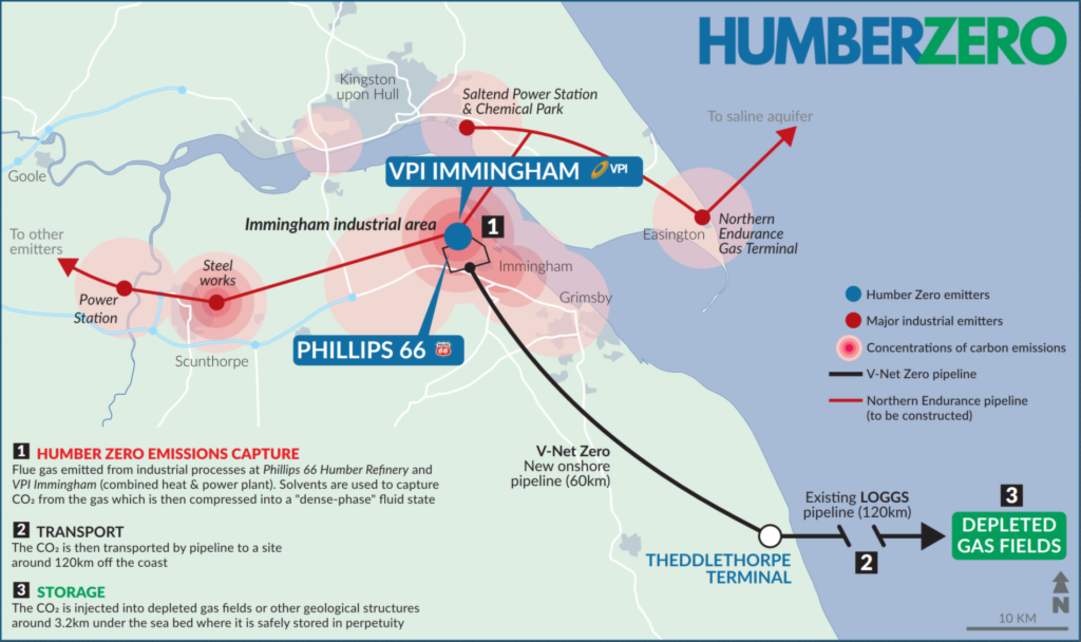